My husband and I just returned yesterday from a 10 day vacation in Southern California. We flew into Las Vegas and after an overnight rest there, we headed out to California, our first stop being three days in Death Valley National Park. My favorite part of the park was the Mesquite Sand Dunes, made especially gorgeous when shadows fell on them at the closing of day. 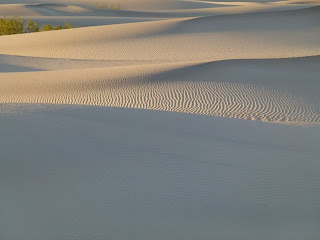 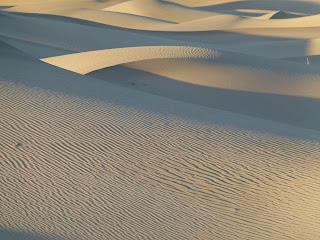 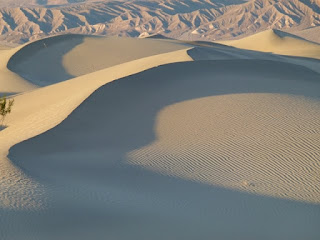 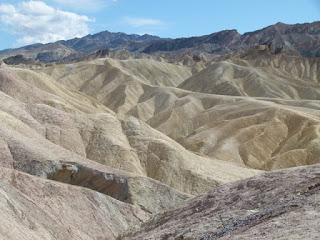 From Death Valley we headed through the Mohave National Preserve to Joshua Tree National Park. Here is an example of some very interesting tumbleweed near some dunes in the Mohave. 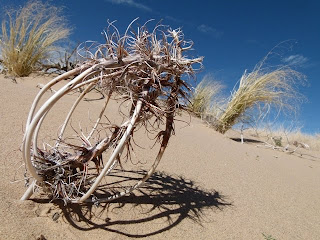 Why oh why is the sky always so much bluer in the desert? After Joshua Tree National Park, we headed west and ended up travelling on Route 78, through the Anzo Borrego desert, coming to the lovely little town of Julian. Thereafter, the terrain turned into more fertile land with daffodils, apple blossoms and orange groves. Wonderful to see since we won't be seeing anything floral in Ottawa for another two months! 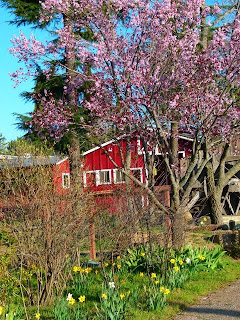 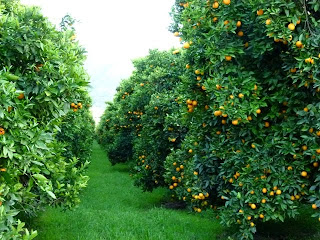 We headed to Oceanside, on the coast, to catch the last day of the the Visions, No Boundaries art quilt show at the Oceanside Museum of Art
If you aren't familiar with this show, it is one of the most prestigious art quilt shows in North America. 39 quilts are chosen for this show from more than 600 entries, so the competition is pretty stiff! I was not disappointed.
But equally impressive were the largest Hens and Chicks plants I have ever seen outside our hotel in Oceanside. What I had never noticed before, was that some have a red rim on the edges of the leaves. 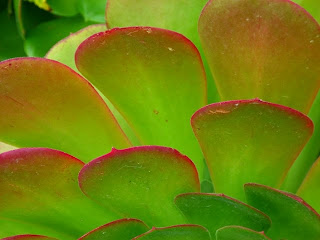 From there we drove south along the coast to San Diego. Our first stop was the Visions Art Museum. 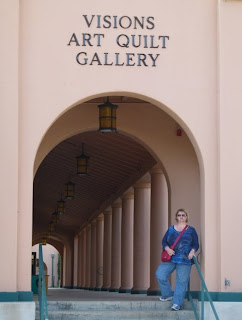 The main exhibit at the museum right now is a joint show by Dominie Nash and Jean Lyons Butler called Counterpoint. One of the most exciting parts of the visit was meeting the Executive Director, Barb Smith, who recognized my name! I had forgotten when I walked in that this was the gallery where my piece Reach sold last fall, when the SAQA show it was in made its last stop there. Here is a picture of Beth and I. 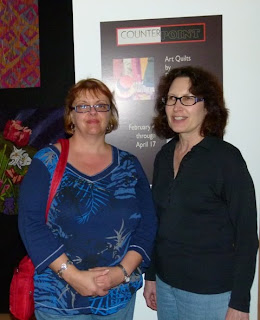 I really enjoyed the spring weather in San Diego. Flowers were in bloom everywhere, especially Bird of Paradise. 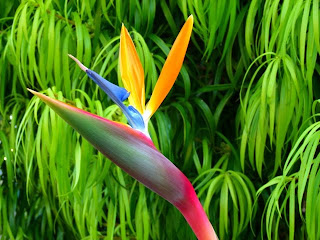 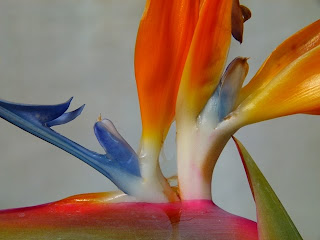 Other types of flowers were also in bloom. 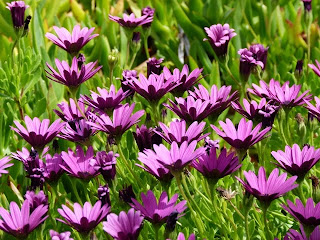 On our last day we visited Balboa Park. Bougainvillea were in full bloom, next to desert cactus. 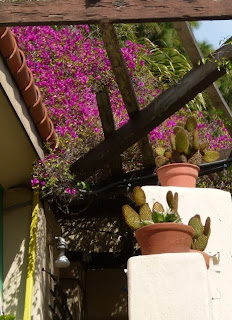 This foliage photo was taken in the botanical gardens at Balboa Park. 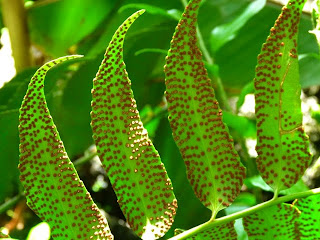 I enjoyed the colour in the Spanish Village Arts Center. Many artists have studios within the Center, and visitors can see them working as well as have the opportunity to purchase their work. The Village is very colourful with pastel coloured stone walkways. These three turquoise chairs caught my eye! 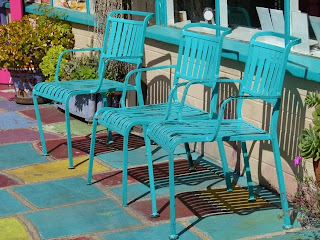 We are back home safe and sound and now really eager for spring to arrive in Ottawa!
Posted by Elaine Quehl at 2:22 PM