A Few Days with the Fraser Valley Quilters' Guild in Delta, BC

It was a good time to be on the west coast ... while my own city and province were battling freezing rain, sleet, and snow. Sure, there were frequent grey skies, but that is because it is rainy season. Rainy season also brings the buds and flowers out. I flew into Vancouver two weeks ago for a ten day period. Two of those days were spent travelling, four were spent lecturing and teaching, and the remaining four were spent vacationing. I arrived a day early because I wanted to purchase a few things locally for my classes, as well as some groceries for my breakfasts. My three check in suitcases were packed!

My engagement was with the Fraser Valley Quilters' Guild in Delta, British Columbia. Delta is about 45 minutes southeast of Vancouver. On my way I stopped in Richmond, where I took these photos of cherry blossoms. 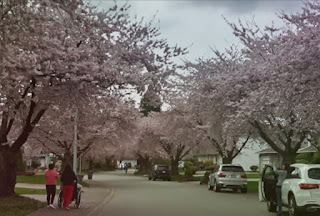 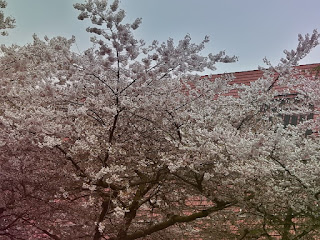 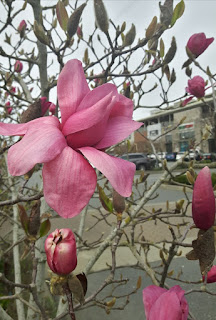 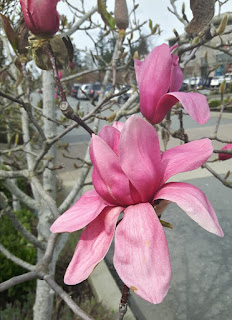 We had a large and well-lit classroom in the Sheraton Hotel. 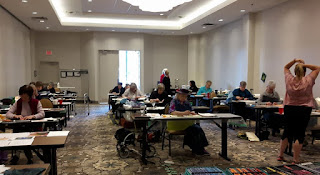 I brought along all of the art supplies, including Prismacolor Artist Pencils, Caron d'Ache Neocolor 2 Water Soluble Wax Pastels, Tsukineko Inks, and InkTense pencils. Hence the reason I needed so many suitcases. 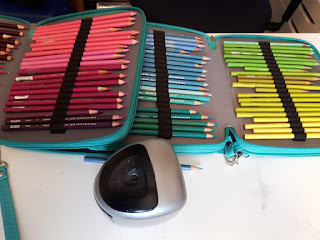 Day 1 was about shading with Prismacolour Artist pencils as well as creating a watercolour effect with the wax pastels. 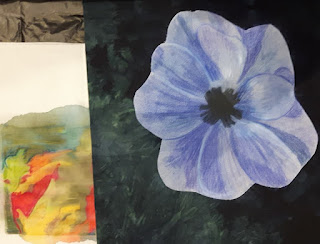 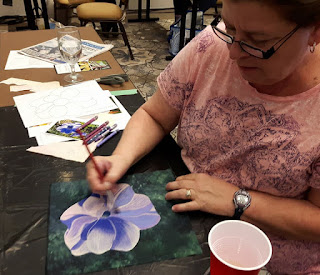 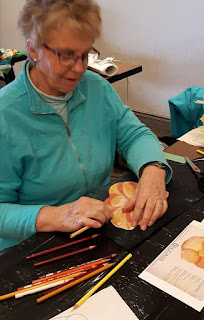 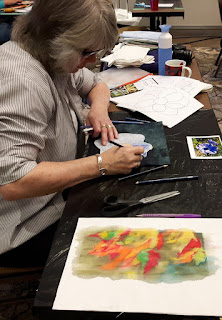 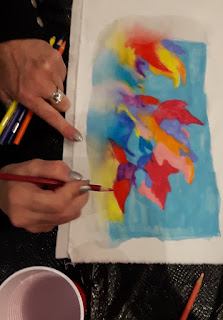 Day 2 was learning to paint a variety of values with Tsukineko Inks and then a little threadsketching with InkTense pencil added. 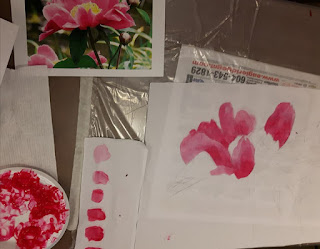 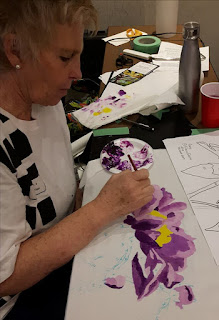 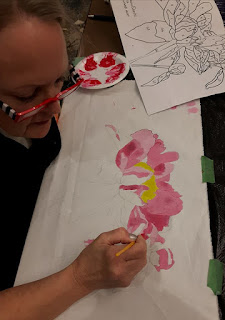 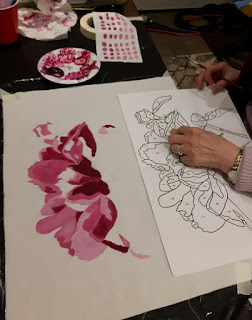 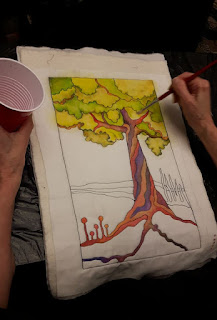 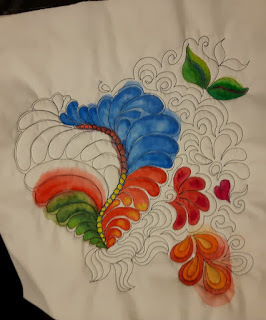 We all got together for a class photo together. 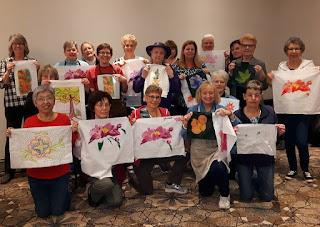 The west coast is very multi-cultural so I enjoyed a wide variety of delicious food. This Greek restaurant does wonderful salmon. 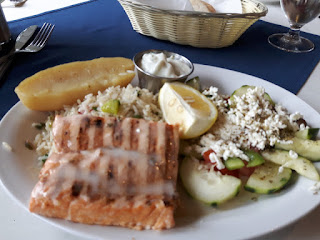 I think there was a Vietnamese restaurant in nearly every block of the city. It is one of my favorite cuisines! 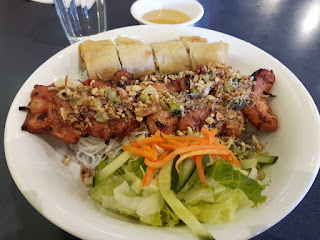