The Haut Koenigsburg Castle and the Town of Eguisheim

You may have noticed we had a fair number of cloudy days and some showers during our trip, but things improved a great deal during the second week.

We spent a day visiting the Chateau Haut-Koenigsbourg, built in the 12th century, and restored by German Enperor Wilhelm II at the turn of the 19th century. I've probably mentioned before in my posts that the Alsace region passed between France and Germany several times during many tumultuous centuries. 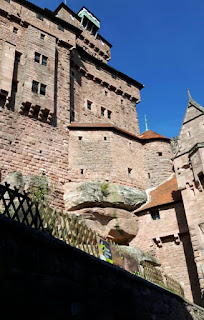 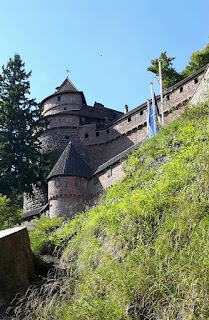 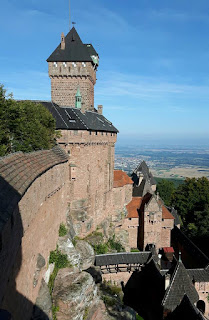 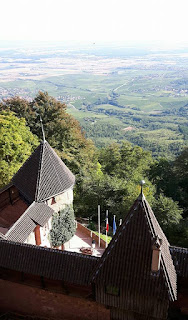 The views from the castle are spectacular. The number of stairs inside are challenging and remind me that few people lived long enough to have arthritis in those days. Lots of spears and weapons inside from many years of conflict. 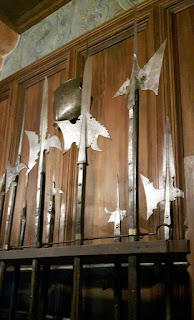 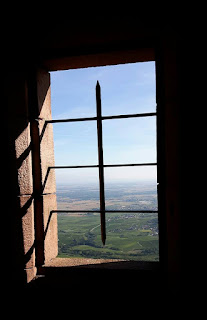 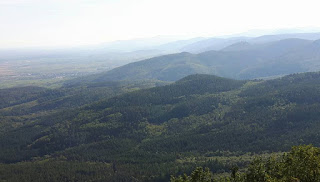 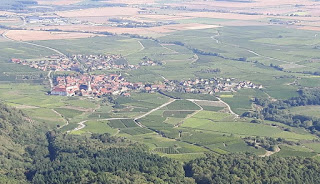 On our drive back to our little blue cottage in Bergheim, we explored the village of Rodern and the vineyards surrounding it. Well mainly we looked for a good view of the church through the vineyard. 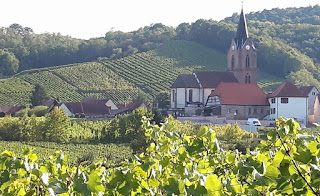 On our last day along the wine route, we explored the beautiful village of Eguisheim. Certainly one of the prettiest, loved by tourists (although not too crowded). Two of the most appealing features are the beautiful fountain in the town centre, along with the many narrow cobbled streets. 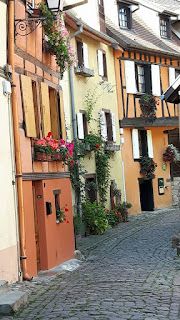 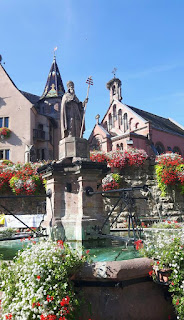 While all the villages are decorated with flowers, Eguisheim really takes it seriously! 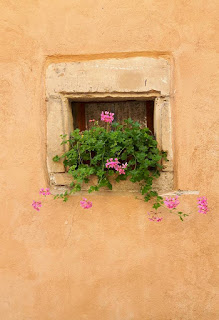 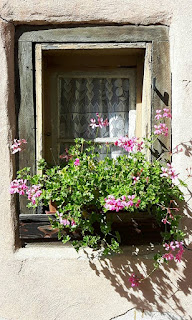 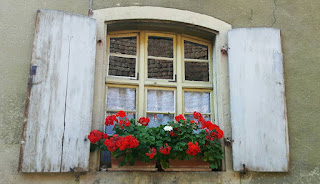 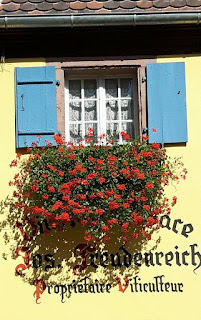 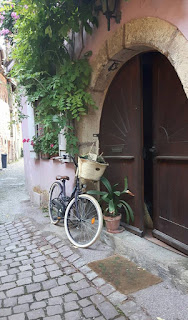 In that fountain in the town square, I found these sparrows bathing. I spent a fair bit of time photographing and am enamoured by the thought of using these photos as inspiration for a quilt. Stay tuned! 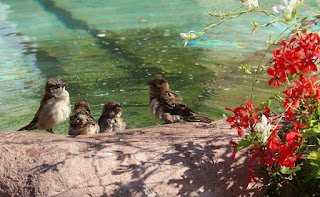 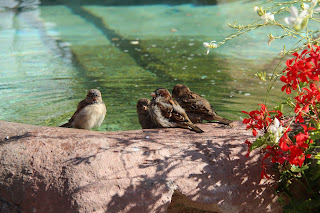