We returned home from Spain on Monday night. We are jetlagged and now both nursing a cold. Travel can have it's challenges, but is usually worth it. I will be blogging about our trip probably for the next week or more. On our first day in Sitges, a team of very capable young men showed up to help hang our show. 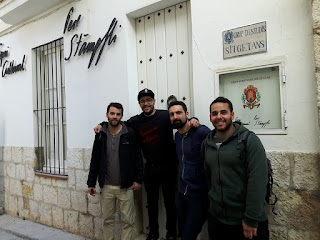 They knew the hanging system and did all the ladder climbing. I just had to tell them where I wanted my quilts hung. 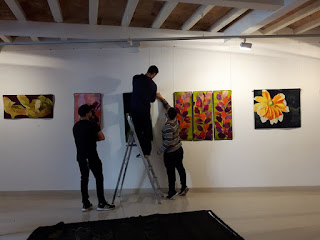 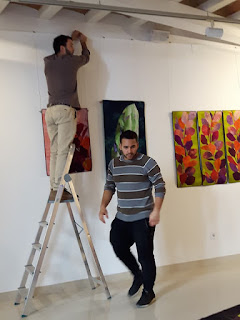 On our first morning having breakfast at our hotel we met Jacqueline de Jonge, a world-famous teacher, pattern designer and fabric designer from the Netherlands. You can seee her work at Be Colourful. Jacqueline teaches on the Craftsy platform. 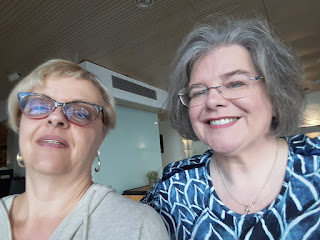 Here are just a few photos I took while walking around Sitges. This lovely narrow street was just outside my exhibition. 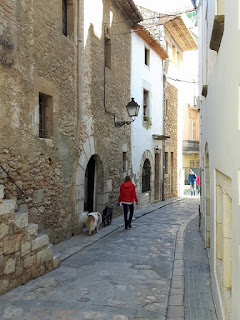 Sitges is right on the water front, of the Mediterranean that is. 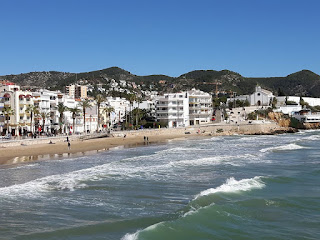 Some lovely architecture, and look at the colour of that sky! 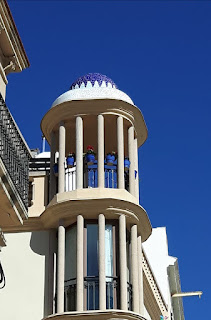 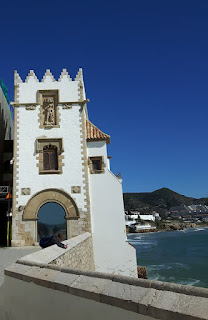 Welcome to my exhibition! 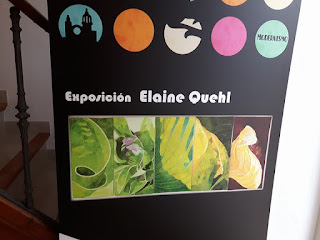 I received measurements of the Gallery ahead of my arrival, and planned on taking 15 quilts to hang. That proved to be a good number. More and more I am coming to the view that less is more. When I hung my first solo exhibitions almost a decade ago, I thought I had to pack in as many quilts as I could. I took these photos just before the crowds started arriving. 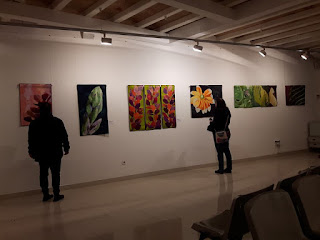 Patchwork Sitges sees approximately 20,000 visitors over 4 days. There were of course many visitors from Spain, but also France, Germany, the Netherlands, Czech Republic, United Kingdom, Finland, Norway, and a few from the United States and Canada. 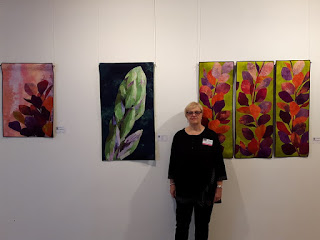 My exhibition consisted of works mostly from the last few years, and many that were finished in the last few weeks. 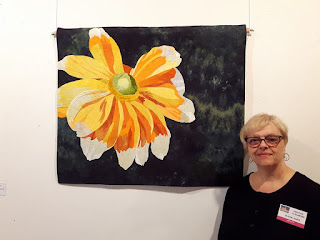 I also included some key pieces from the past to give my show context, and I had to include my striped dahlia because the show used that photo in their publicity. 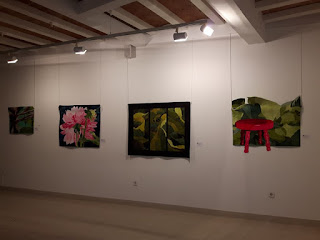 A few excited visitors recognized these pieces as Antelope Canyon because they had visited. 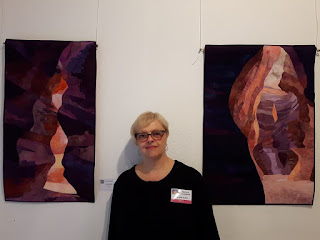 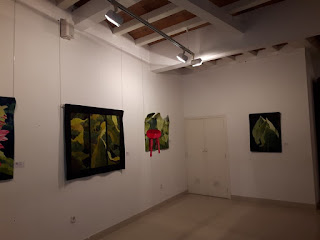 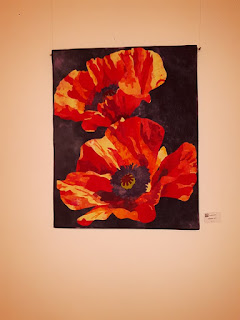 You can see the kind of crowds that visited the show in this photo. 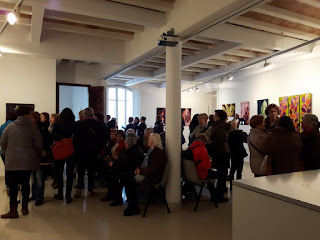 The show was well-received, and even though I took at least 2,500 business cards, we ran out early on Day 3. One comment I heard a few times is that people don't seem to know any Canadian quilters. I guess that is because many of the books and magazines consumed by quilters around the world tend to be from the United States. Is there something we can do to make Canadian quilters more well known? This is a question I am asking myself.