Italy 2012: The Cats of Umbria and Lazio (and one or two other species)

You knew there would be a post on the Cats of Italy, didnt you?  These cats are not the kind of spoiled cats that yours and mine are.  They are actually quite scrappy, but appear to have lots of character. While some have homes, I think many of them are street cats.  I have occasionally noticed kind ladies bringing food for them.  One day at the Villa Lante I saw a lady drop a bag of sausages on the ground for a group of homeless cats.  Be sure to scroll to the end because we have also allowed a couple of other species into this post. 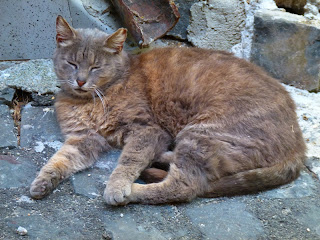 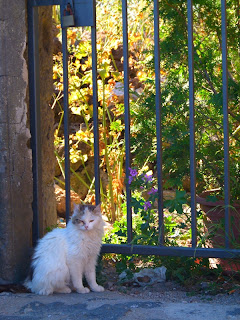 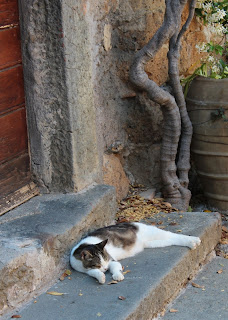 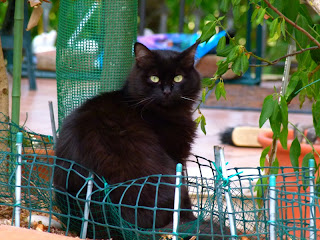 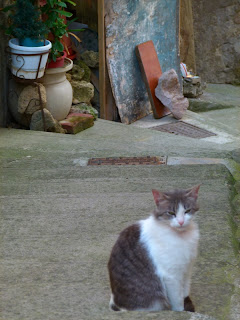 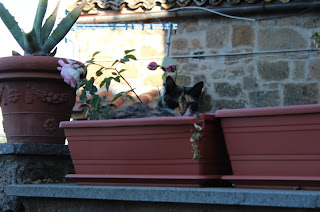 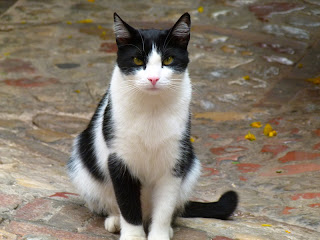 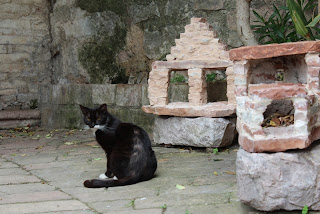 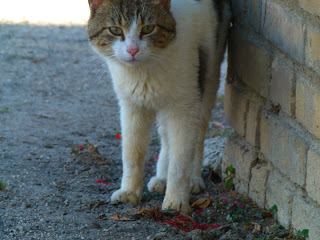 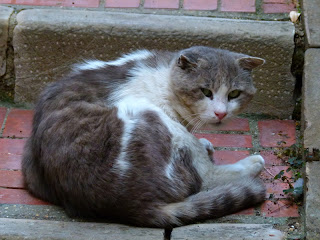 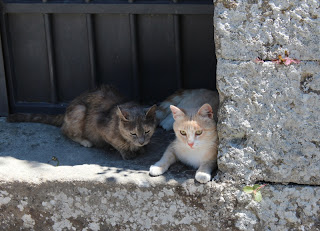 Meet Horatio.  I think he is a baby Boston Terrier.  We met him one night in a restaurant.  In Italy, and many other European countries, dogs are allowed in restaurants, and all of them seem very well behaved.  The young couple next to us spoke only Italian and we speak only English, but they managed to communicate that this cutie is named Horatio.  To which I replied, like Shakespeare?  The woman nodded affirmatively. 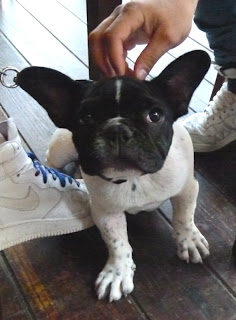 Finally, my husband managed to catch this photo of a pair of pigeons.  I think the colours are stunning. 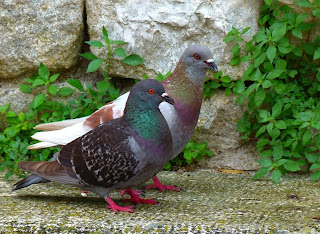 Tomorrow will conclude my blog tour of Umbria and Lazio.  I have sifted through thousands of photographs this week, and it is time to get back to reality.
Posted by Elaine Quehl at 3:43 PM