This final blog post of my Italian adventures focuses on three gardens in Lazio: Villa Lante in Bagnaia (just outside Viterbo), Villa Farnese in Caprarola, and Villa d'Este in Tivoli.  All three gardens are formal Renaissance gardens, and all three were commissioned by Cardinals.

Of the three gardens, I would have to say that Villa Lante was my favorite.  I found it  peaceful, beautiful and awe-inspiring. 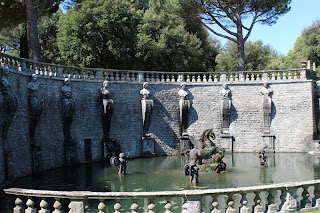 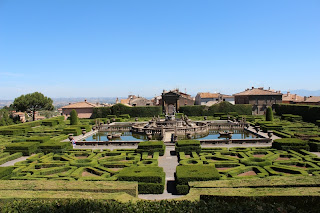 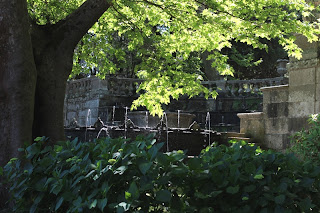 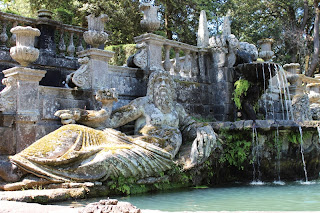 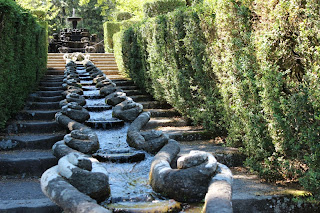 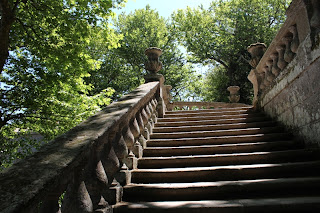 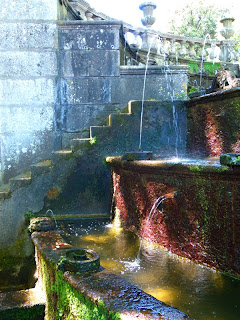 Villa Farnese, on the other hand, was more villa than garden.  The architecture of the central building was impressive though.﻿ 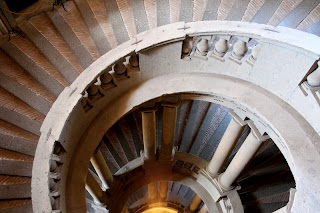 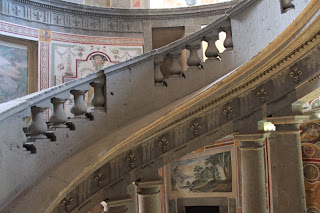 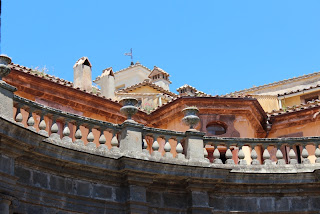 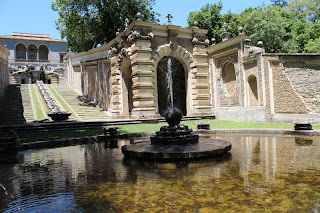 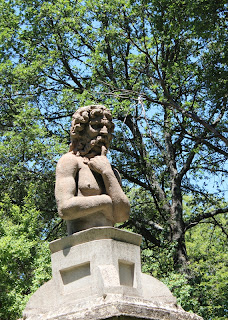 Villa d'Este is built upon a series of descending terraces.  There are many levels of stairs to walk until you reach the bottom.  An elevator has been installed for those with mobility issues, but it was not working the day we visited. 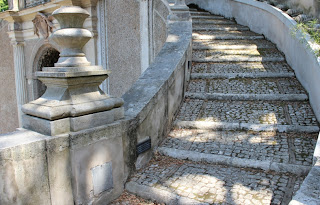 These statues represent the mythological story of the founding of Rome.  Even though I took a class on Roman Civilization in my university days, I had to look this up to remember more about it.  It involves two brothers, Romulus and Remus, who were suckled by a she-wolf after being abandoned at birth.  They went on to found the city of Rome, but Romulus murdered Remus, and thus the founding of Rome was based on a fratricide.  I am not too sure who the female figure is, but I believe she represents Rome. The gardens contain grand statues and even grander fountains. 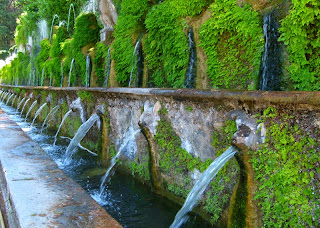 Complex hydraulics keep the fountains running.  It can get quite noisy with all that water splashing.  I didn't find it to be a very peaceful garden. 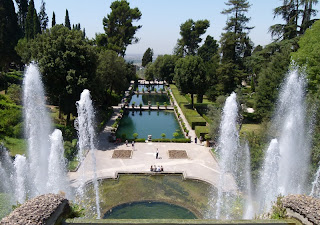 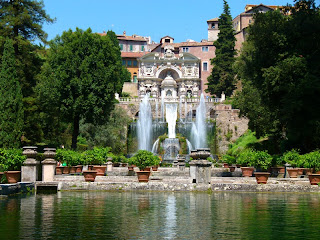 This concludes my 2012 tour of Italy.  I have a show to hang in a few days ... more information on that tomorrow.  I just learned today that a fourth class at the Abruzzo School of Creative Art is running this year, so that sounds promising.  I'm scheduled to teach there again next year.  With luck, maybe my class will fill, and I'll get to visit Italy again and see a new region.  That sure would be grand!  In the mean time, back to reality!

If you are interested in photos of last year's trip to Tuscany, here are links to the posts I made at that time.