I have spent a fair bit of time in my studio during the months of December and January. Last night I finished the facings on my new piece/s. This group of four small quilts (each 12" x 24"), when hung together, form a quadriptych that I have named "Encore". It is basically a retrospective of all the seasons I have worked with in my hosta foliage series. This subject matter has provided an endless opportunity to study light and shadow, curve and furl. I am still not done with it. 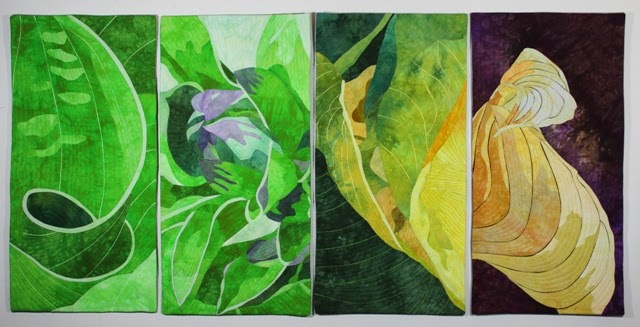 As I have mentioned before, I am involved with an international group called "Crossing Oceans", that includes artists from England, Scotland, Ireland, Denmark, Taiwan, United States, Australia, and Canada. We will be doing a group show on the theme of Nature, where each artist will submit six pieces. All pieces will be sized at 12" x 24", 24" x 12", 24" x 24", etc.  That explains why all these pieces are 12" x 24". They will hang individually at the international shows, but can form a quadriptych for other shows. Since they are finished early (our first show is in France in September) I am hoping to enter the group in one or two North American shows. After all, they will likely be too old when they come back from the international show. Here are detail shots of each of the four sections. 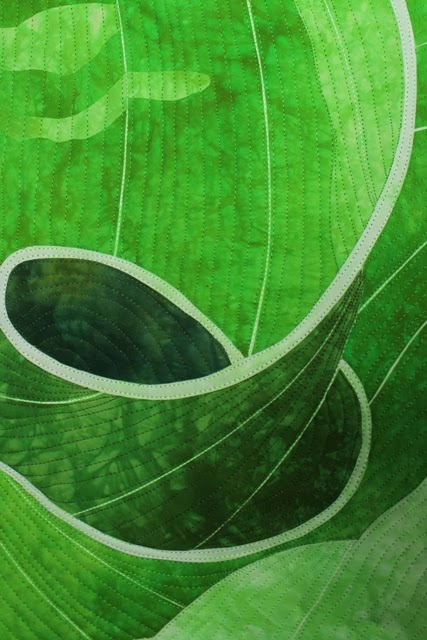 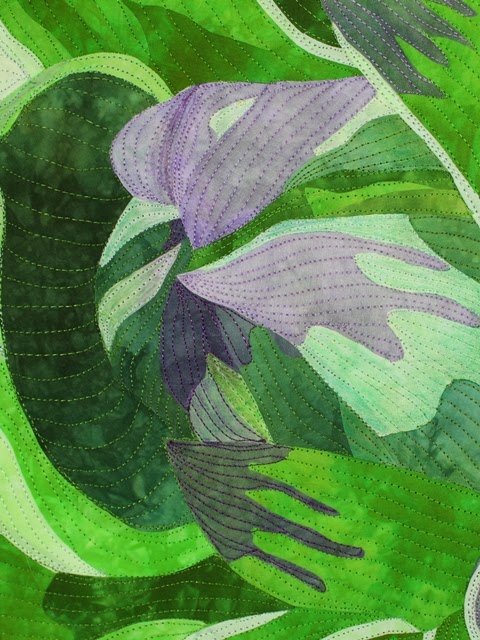 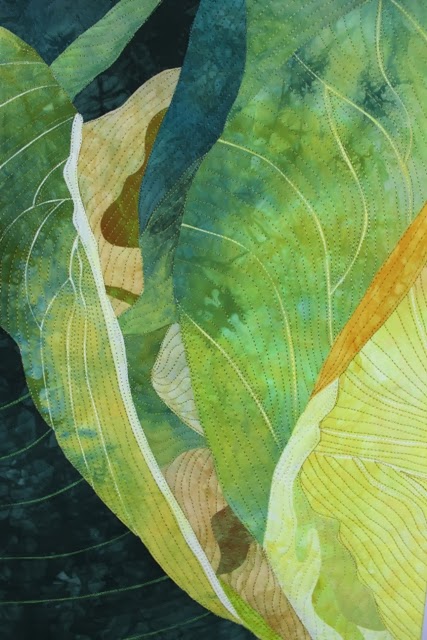 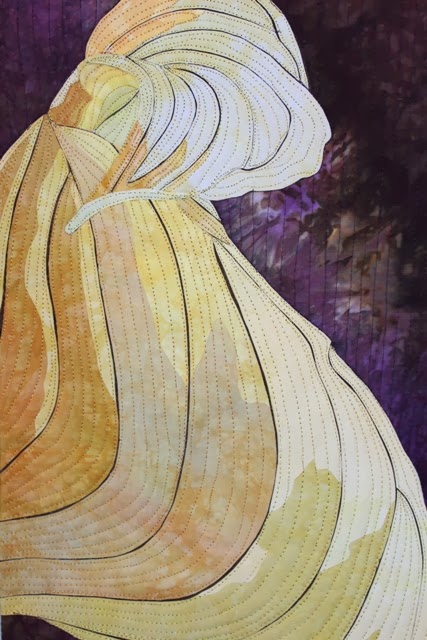