Meet Robert C. Olson, Editor of The Hosta Journal and the Hosta Named After Him

Today I am making a very special post that is a little different from my usual. As you know from my February 23 post, Hostaholic, I have just written an article for The Hosta Journal. In the last couple of weeks I have had the pleasure of meeting (on-line), and working with, three people involved with The American Hosta Society. It was the Editor of their Journal, Dr. Robert Olson, that contacted me about the possibility of an article. Cheryl Clark, a member of the Society who is also a quilter and hosta lover, passed along my Quilting Arts article to Dr. Olson. Thank you Cheryl (who, by the way, is a reader of my blog!).  I had the pleasure of working with Bob (Dr. Olson) and Janet Mills on the article. Dr. Olson and I have had some pleasant and educational (to me) chats about a variety of topics, including how one gets a hosta plant named after them.

Dr. Olson wanted to leave a comment on my blog, but he wanted to be sure that all my readers would see it. That might not happen with a comment left at the end of my post. So he asked me to pass along the very kind and gracious message to my readers.

We at the Hosta Journal are delighted that Elaine consented to write a piece for us. Over the years we’ve displayed works by Botanical Art Schools and had photo contests, but this art form will open a whole new world to many members. We’ve seldom had an artist so adept at both photography and writing which makes her article all the more enjoyable. We look forward to sharing it with you.
And if some of you have some questions about hostas, or problems with them, please feel free to contact me. Elaine will provide you with my contact information.
Bob Olson, Editor The Hosta Journal

I thought I would give you the pleasure today of seeing Dr. Olson's garden, especially the hosta plant named after him. He says that his hosta garden "is small by collector standards". 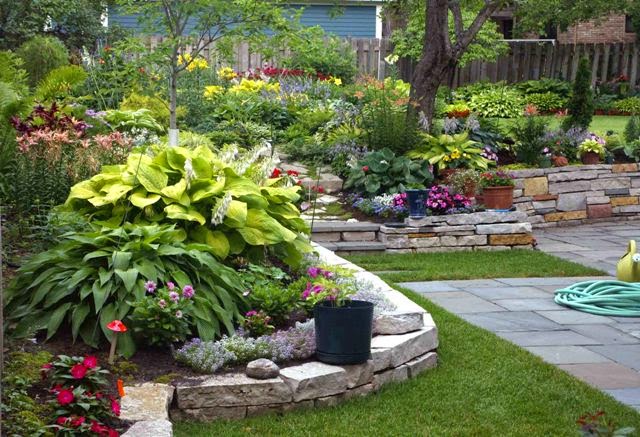 Here is a photo of the hosta, 'Dr. Bob', "emerging and unfolding in the spring, a time of year that we all love to admire them." 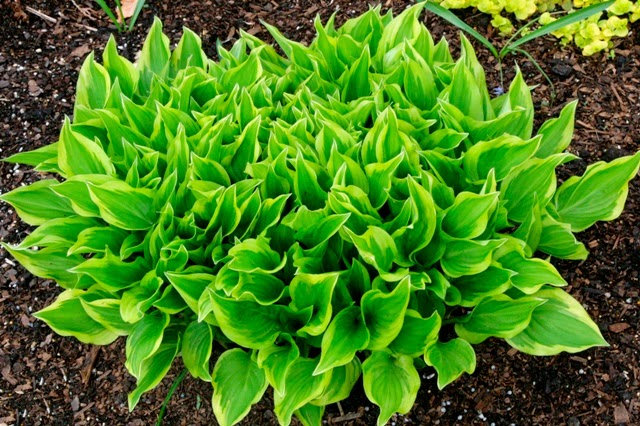 This next photo is of the 'Dr Bob' hosta "in mid summer when a wild geranium chose to intertwine itself with the hosta. A concession to Nature in an otherwise rather formal garden." 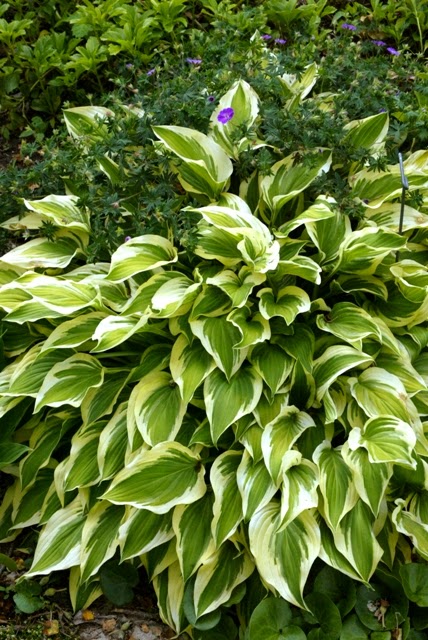 I asked Dr. Olson to provide a bit of information about himself for readers. Here is a list of his accomplishments and a bio with his story about his involvement with hostas.

Professor Emeritus of Medicine and Gastroenterology
University of Minnesota Medical School.
Past President American Hosta Society
Editor The Hosta Journal
Bob began gardening with his mother as a young boy, but didn’t return to it until he returned from service in Vietnam with the US Navy. Friends at the Minneapolis Garden Club introduced him to hostas, and it was love at first sight. At one point he had over 500 varieties of hostas, but began downsizing when his wife said the garden was looking like a “stamp collection”. She was right, hostas like other perennials look best when properly displayed.
In 1995 he led a group of hosta aficionados to Japan (almost all hostas come from mutations or hybridization of a few species from Japan); there they hired plant hunters to take them into the rugged mountains and remote islands to search for species hostas growing in the wilds. They successfully found and brought back scores of native plants.
Now retired he enjoys his garden and corresponding with hosta lovers all over the globe as the editor of the AHS Journal.

Thank you Dr. Olson (Bob) for being a guest on my blog today. It is an honour having an article in  the spring issue of The Hosta Journal.
Posted by Elaine Quehl at 10:07 AM