In the Studio and Outdoors

Christmas 2016 is quickly approaching, and I've been busy baking numerous batches of shortbread. In addition, I created my second in the Smoke bush series. It's a triptych, on the chartreuse green background I originally planned to use. There might be a few small changes to come, but for the most part, this is the final version. 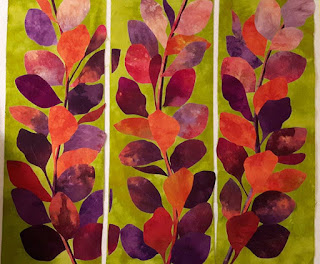 I will need some time to think about how I am going to quilt the above piece. I want more of an impression than a completely realistic piece I'm also trying to come up with a clever name for this series. In the mean time, I will start quilting the first piece that is more realistic due to the veins. Looks like I have lots of thread colours that will work! 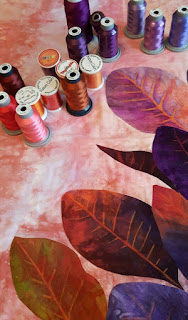 I've been journaling a bit more. Here's my latest pen & ink drawing with watercolour. It is based on a photo I took at Peggy's Cove, Nova Scotia, a few years ago. 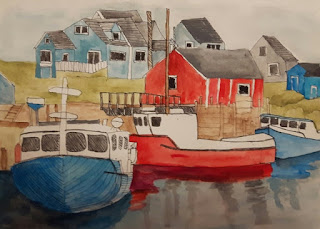 Sunday was cold, but the sunlight made me want to go outside and photograph. I took my car and drove around some of the country roads a few minutes from my home. Between 3 and 4 pm the sun was lower in the sky, so the light was magical. It also allowed me to capture some wonderful shadows. 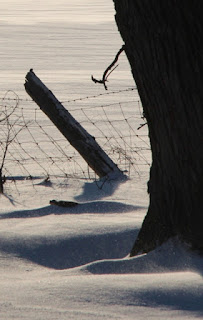 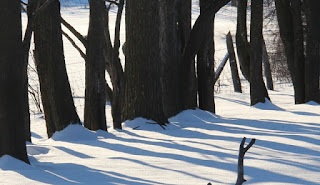 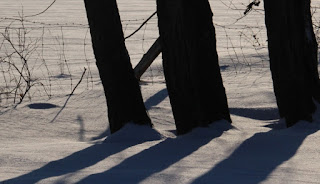 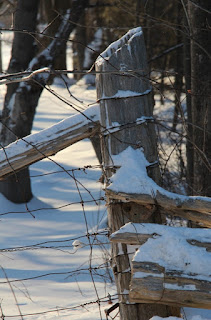 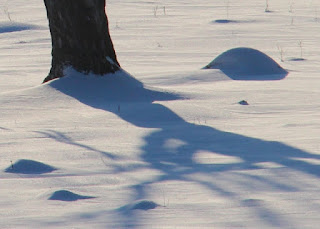 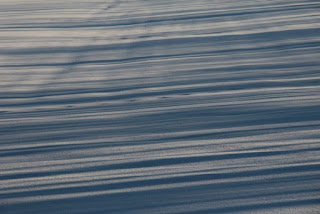 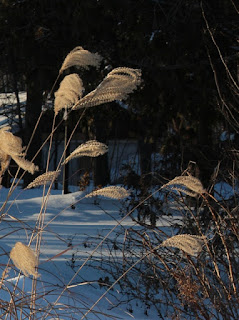 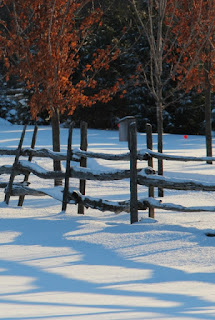 These two are very similar but I couldn't decide between the two! 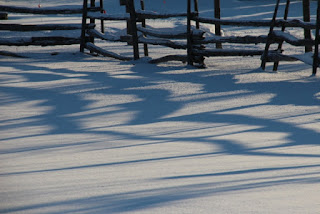 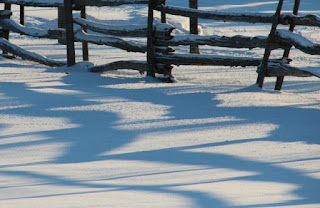 As the sun lowered, sometimes I found the snow actually looked like golden sand! 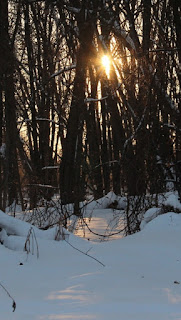 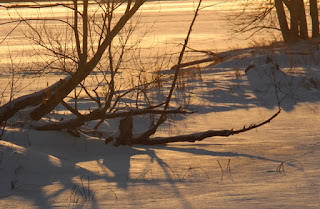 Since I probably won't be blogging again before Christmas, I'd like to take this time to wish you a Merry Christmas, Happy Holiday, and a wonderful time with friends and family.
Posted by Elaine Quehl at 10:19 PM