Tonight's post is about my absolute favorite site of those I saw in Barcelona. I had heard many acquaintances and friends rave about the amazing architectural gem that is Antoni Gaudi's Basilica de la Sagrada Familia (Basilica of the Sacred Family). I had to see it for myself. I've visited a good number of old churches and basilicas and while all have their own beauty, nothing can quite compare to this one. You will see why shortly. The Basilica was started in 1882, with Gaudi taking over as architect in 1883. Gaudi worked on this project for 43 years. During the last 12 years of his life, he worked on it exclusively. It was only partially completed in 1926 when Gaudi died.

This is the sight as you approach, just like the many photos I have seen. You can see that work is still taking place. It is funded by tourist dollars. This is probably the most popular tourist attraction in Barcelona. Even in March, there are a lot of tourists inside. I would not want to be there in July or August. We purchased advance tickets on-line before our trip. 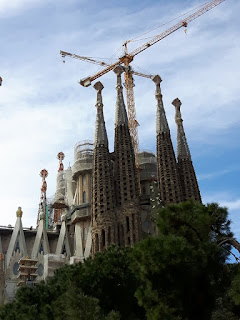 Around the front and entry are depictions of popular biblical stories. 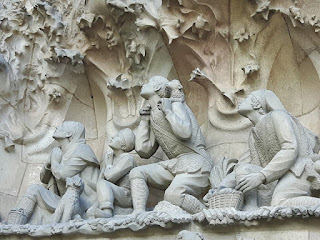 This one depicts the slaughter of the innocents. 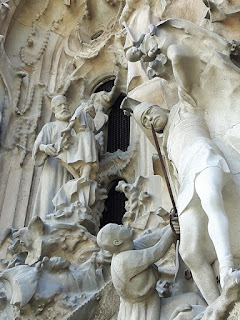 I had no idea how amazing the inside would be. We stepped into a theatre of colour and light. My photos do not do it justice. I had made the decision to only carry my Smart phone, to relieve the stress of my DSLR camera on my shoulders. For most of the trip that worked fine, but I can't help but wish that I had carried a better camera that day. 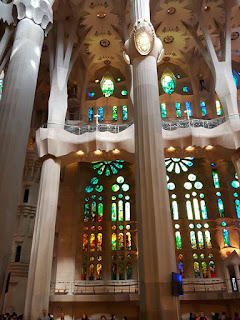 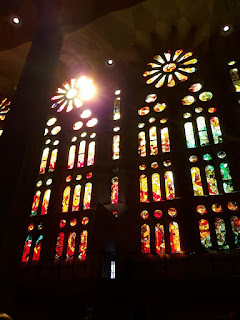 Gaudi is widely considered one of the greatest architects of all time. He studied the natural environment and took inspiration from it. 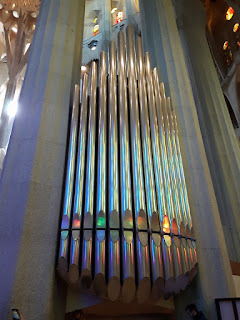 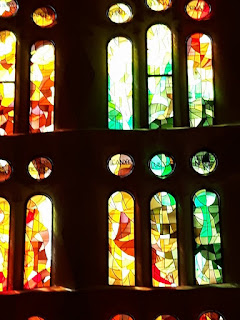 The Basilica is designed to mimic a forest, with the branching columns representing the trees. It is built to look like light shining through a forest. Is this why I responded so positively to it? 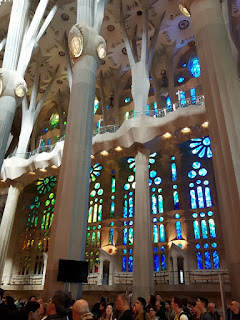 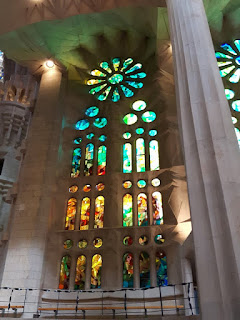 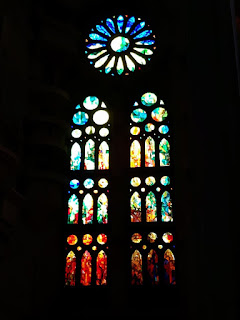 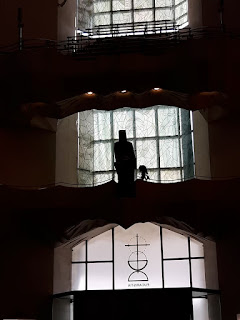 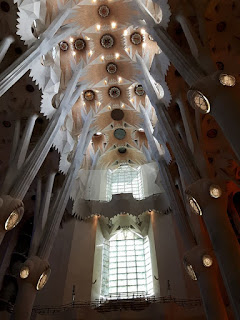 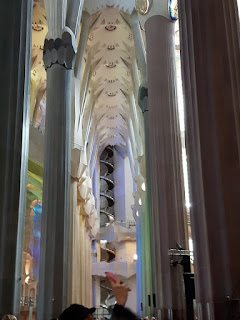 This feature was especially evident as the afternoon sun shone through the western side, creating a canopy of light. 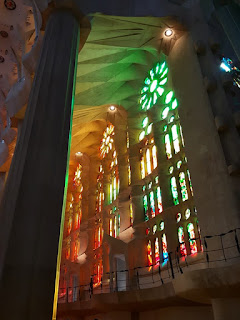 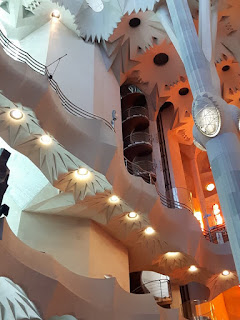 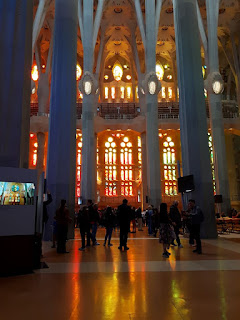 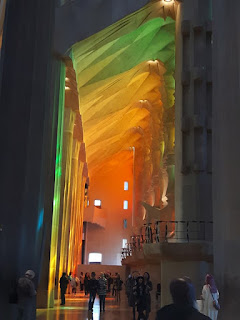 After a couple of hours inside, we headed outside to access the Passion Tower. 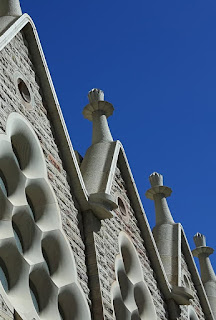 The on-line tickets I had purchased included the experience of ascending the Passion Tower, one of the bell tours. The elevator takes you up, to a level where you can see the view of Barcelona. I was really enamored of the view of trees and their shadows in a park below. 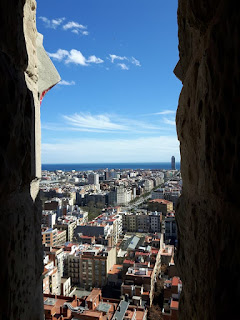 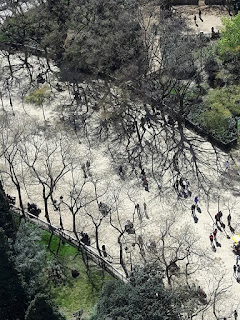 Only when we were on the elevator to head to the top did I learn that the only way down was via a descent of 400 stairs. The stairs are designed to mimic the interior of a gigantic snail. 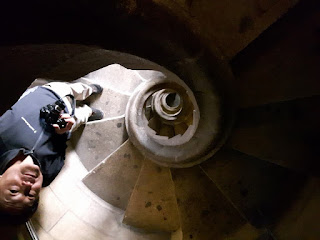 Let me just say that it was a bit of a claustrophobic and a dizzying experience! We took our time. It was definitely worth it. 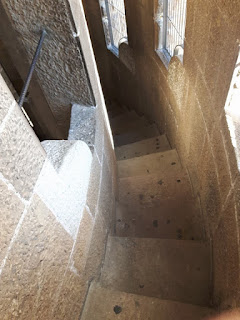