A couple of days ago I headed out to the Canadian Tulip Festival, which takes place in Canada's capital city (my city!) every May. Although the tulips were beautiful, I found myself a little bored photographing them. Perhaps because I have photographed them many times before? So here are some requisite tulip photos.. 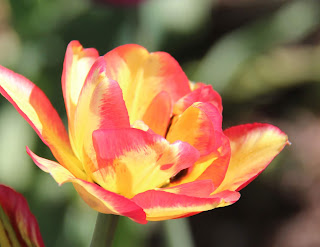 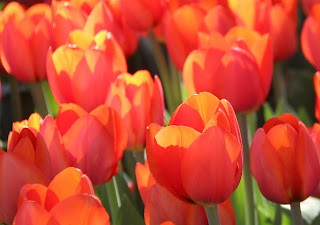 I remembered that I had once seen magnolias blooming not too far away, at the Ottawa Arboretum, around this time of year. Much to my delight, I found five different varieties. I believe this is the first time I've found them in yellow. 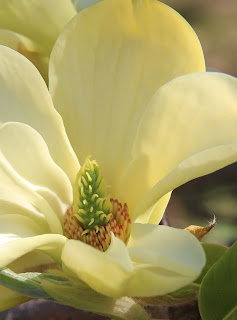 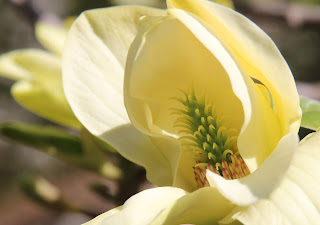 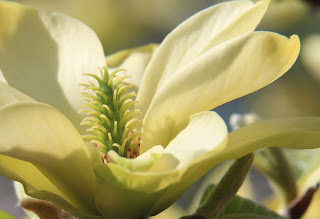 Most were pink, either a deep fuchsia such as these 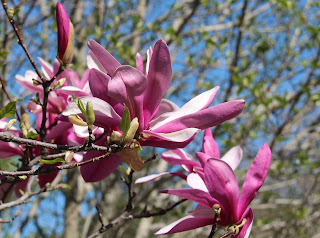 or a pale delicate pink such as these. 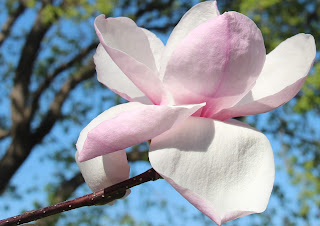 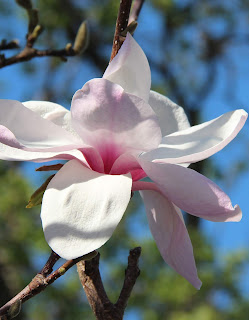 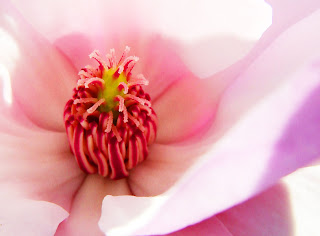 A pink-tinged white was also in bloom, 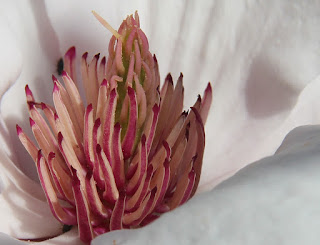 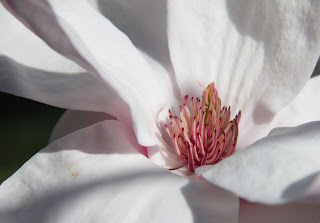 as well as an almost-pure white. 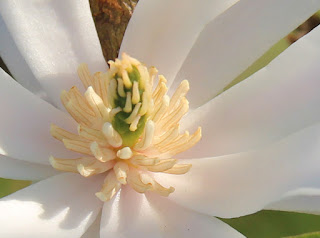 I did not find the green-tinged white that was the inspiration for this quilt, "Forgiveness", that I made in 2009. Looking at it now, there are things I would change and improve about it, but that is to be expected since it has been nine years since I made it. 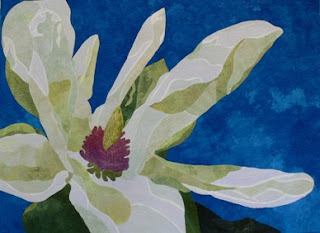 This was the inspiration photo. 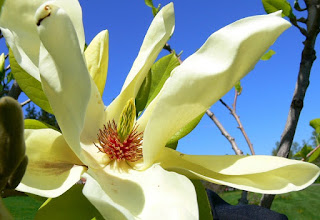 A bit further along down the road, the apple blossoms were in bloom. I already shared two photos in my last post. They have not peaked yet. At peak, they form a long row of pink down Prince of Wales Dr. 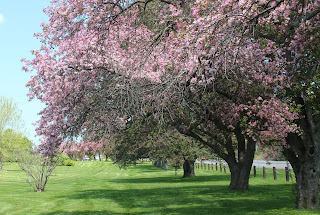 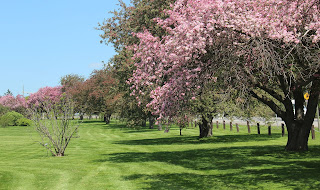 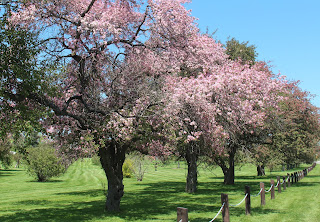 Next to autumn, this is my favorite time of year. Without winter, how would we ever appreciate the beauty of everything that is coming back to life? 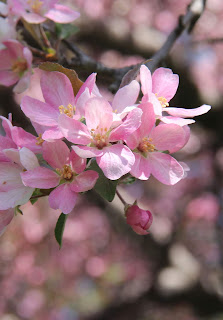 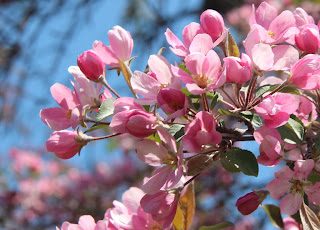 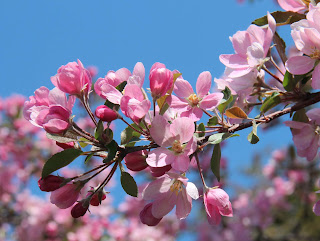 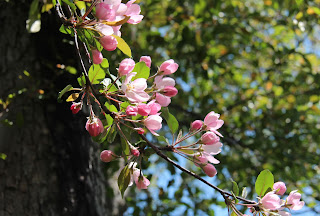 I hope you are enjoying a beautiful day. It is a long weekend in Canada in honour of Queen Victoria's birthday. While we have not been under British rule since 1867, we are still a Commonwealth country.

Yesterday was cloudy and rainy, so a perfect day to finish a substantial website update I'd been working on for a few days. Here it is! www.elainequehl.com
Most of the changes relate to my Gallery of Quilts, where I added five new galleries. I've included all the new works I've made over the last three years. You'll find that some galleries only have one or two quilts, but the fact that I felt they warrant a separate Gallery is because I am planning on adding more work in those series.