After yesterday's blog post I received a message from Carolynn telling me that poppies are her favorite flower!  Well have we got poppies!!  As I mentioned, they were blooming here, there, and everywhere!  We came upon some pretty stunning sites.  By the time we left Italy, it was 36 degrees celsius so the poppies were starting to die and I noticed the very first sunflowers beginning to bloom on the drive through Tuscany back to the Florence airport.  We were on the autostrada when I saw them so unable to stop for pictures.

I will start my poppy tour right outside the guesthouse we stayed at for the first week in Bevagna.  This field of poppies attracted our attention from Day 1! 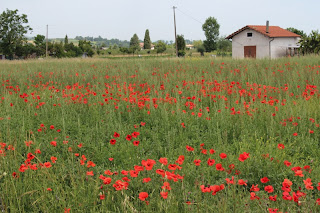 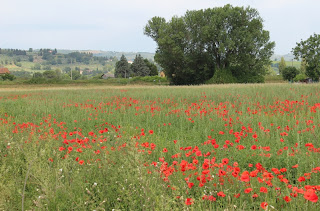 The photo below is for all those who think pink and red don't work together in a poppy.  Here is the proof that the combination actually exists in nature! 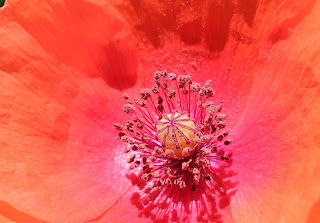 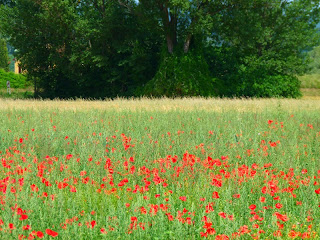 On a scenic drive through Umbria, we happened upon this poppy field a few km from our Guest House.  Poppies growing in a field of grain. 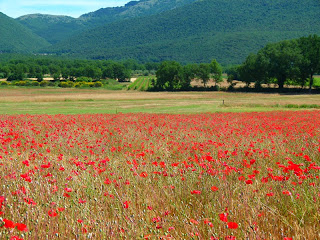 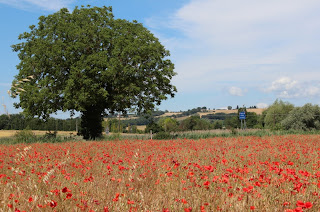 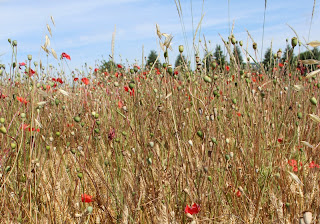 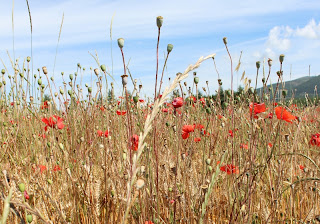 On the other side, the farmhouse. 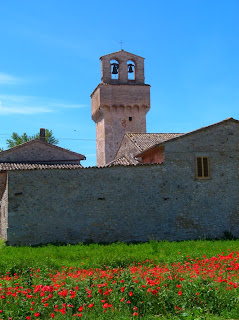 These poppies were spotted in Ninfa Gardens, growing beside the decaying walls of an ancient Roman settlement.  But Ninfa Gardens is worthy of an entire blog post in itself, being one of the most memorable sites in our vacation. 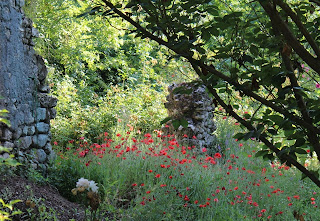 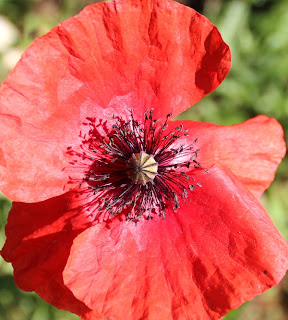 And of course here is the stunning site of poppies we happened upon on the winding road to the hillside town of Trevi.  On this drive, olive groves stretch as far as the eye can see.  One held the treasure below. 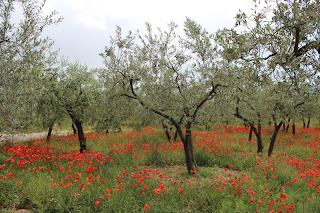 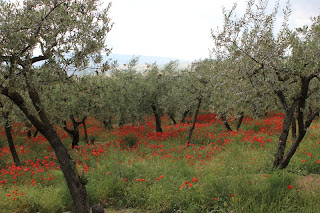 As I mentioned above, we stayed in Bevagna during our first week.  Bevagna is a walled medieval village with a population of about 5,000 people.  Below are some typical sites within the village:﻿ 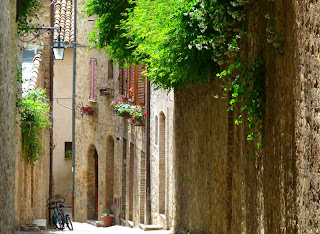 The main square and church.﻿ 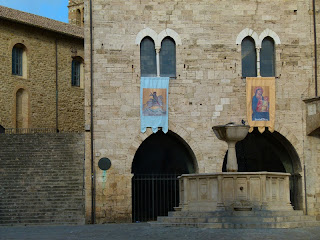 I found this beautiful little alcove in a very small space behind someone's home.  Looks like a great place for sketching or reading.﻿ 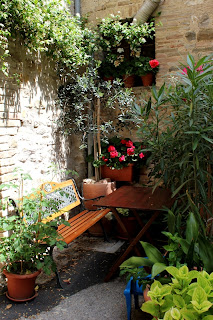 This trip took us far off the beaten tourist path.  So far, in fact, that in many places the menus were sometimes posted in Italian only.  Which explains how one day I accidentally ordered lard on toasted bread instead of the chicken liver pate on toasted bread (known as "crostini") that I meant to order!!

My next post will be about the village of Spello and its "infiorata", or flower art festival.﻿
﻿
Posted by Elaine Quehl at 3:23 PM